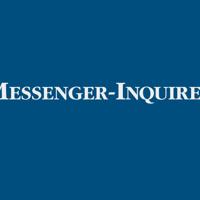 Getting older doesn’t always make you smarter, but it does give you the perspective of time. I’ll be 67 tomorrow.

I first smoked weed in 1969 when I was 15. We smoked a joint in the drive-in theater while watching Easy Rider. I thought it was the coolest thing ever. A few years later, I was riding a Triumph motorcycle wearing a black leather jacket and a stars-and-stripes helmet, just like Peter Fonda in the movie.

In short, I was part of the counterculture that supposedly believed in world peace, free love, and consciousness expansion through psychedelic drugs. However, by the time the hippie counterculture reached my Midwestern city from its origins on the east and west coasts, it was severely watered down and already out of style.

I rode the last few feet of the last little wave of hippieism before it crashed onto the bank. For the most part, it was fun while it lasted – not just the drugs and the music, but the whole hippie philosophy was cool. Perhaps we naively believed that war, racism and sexism and all forms of intolerance, inequality and hatred would come to an end. (I am still working towards these lofty, noble goals.)

We believed that cannabis (or marijuana) would soon be legal in America – probably before 1980, certainly in 2000. But then came Ronald Reagan –

In the 1970s I would sometimes sell a small pot, just enough to get my weed for free. For example, I could buy a quarter pound (4 ounce) pot for $ 100, sell three ounces for $ 35 each, and smoke an ounce for free. I have known dealers who mostly dealt in pounds. They were just normal guys like me – criminals only in the sense that they bought and sold an illegal product.

And then came Ronald Reagan –

In the 1980s, Reagan reinforced and expanded many of the “war on drugs” policies that President Jimmy Carter ignored in the 1970s.

“We’re taking down the surrender flag that has been hoisted in so many drug trials. We’re raising the battle flag, ”Reagan said.

The 1986 Anti-Drug Abuse Act signed by President Reagan significantly increased the number of drug offenses with mandatory minimum sentences, including marijuana. Marijuana dealers no longer received a slap on the wrist – parole or minimal prison sentences; now they have been sentenced to many years in prison. In addition, new laws allowed the seizure of property and assets. Not only did marijuana dealers lose their freedom, they lost their homes and land, vehicles, and savings.

In the face of these harsh penalties, practically all old hippie dudes have left the marijuana business. Now that it was a serious crime, it has been taken over by serious criminals – organized crime in the United States and vicious, murderous drug cartels in Central and South America.

According to Aljazeera, “According to official data, a record high of almost 35,000 people was murdered in Mexico in 2019 when President Andres Manuel Lopez Obrador struggled to contain violent crime ….

The 2019 rate equates to an average of 95 murders per day in Mexico, a country plagued by violence since 2006 when the government used the military to wage the so-called war on drugs. Since then, almost 275,000 people have been killed in Mexico … “

Many, if not most, asylum seekers on our southern border are trying to escape the ongoing and ubiquitous drug-related violence in their home countries, where drug cartels are making life hell.

The human suffering caused by our archaic cannabis laws doesn’t stop at our southern border. In Forbes (6/26/2020) Joan Oleck reports: “With 40,000 Americans jailed for marijuana crimes, the cannabis industry needs to be strengthened, activists said this week.”

“An estimated 40,000 people are now jailed for marijuana crimes, although: the legal cannabis industry is booming overall; legalized one state at a time; and cannabis companies are making healthy profits.

“This discrepancy is completely wrong, four activists agreed this week. “There are 70 million people in this country with a criminal record and every one of them goes through hell to find a job,” said Richard Bronson, founder and CEO of 70 Million Jobs, a recruitment agency for people with criminal records.

“Many, many are men and women of color who have served their time,” stressed Bronson, “and too many are in jail for activities that were later legalized. It is an irony of gruesome proportions. “

Our Illinois neighbors solve these problems. According to Wikipedia, “Cannabis is legal in Illinois for both medical and recreational use. Illinois is the eleventh state to legalize recreational marijuana on January 1, 2020. “

“With the passage of the Illinois Cannabis Regulation and Tax Act in 2019, Illinois became the first state in the nation to legalize the sale of recreational products through a state legislature … Illinois is expected to generate $ 2-4 billion in annual sales from the.” Recreational Sales … Illinois will also delete an estimated 700,000 marijuana-related police files and court judgments, in a phased forecast that is expected to be completed by 2025. Recreational cannabis retail sales in Illinois have averaged an estimated $ 40 million per month in sales since legalization.

And legalizing cannabis is harming drug cartels. If people can buy weed legally grown and sold here in the US, the cartel marketplace will shrink to nothing.

In Marijuana Moment (8/3/2020) Kyle Jaeger reports: “Demand for illegally traded marijuana from Mexico will continue to decline as the legalization movement spreads, according to a new report from the Research Department of Congress.

“As an increasing number of US states – like Canada – allow people to legally purchase cannabis in a regulated market, they are less likely to buy the product through illegal channels,” said the Congressional Research Service.

In February 2020, the Kentucky House of Representatives overwhelmingly passed HB 136 (65-30), which would legalize medical marijuana in Kentucky. Then came the pandemic, and the bill never made it to the Senate.

As far as I can tell, most of the lawmakers opposed to medical marijuana legalization in Kentucky and elsewhere are committed to Big Pharma and trying to protect their profits.

Legislators should look to the common good – not the bottom line of big pharma.

Driving in Winter: Know Before You Go