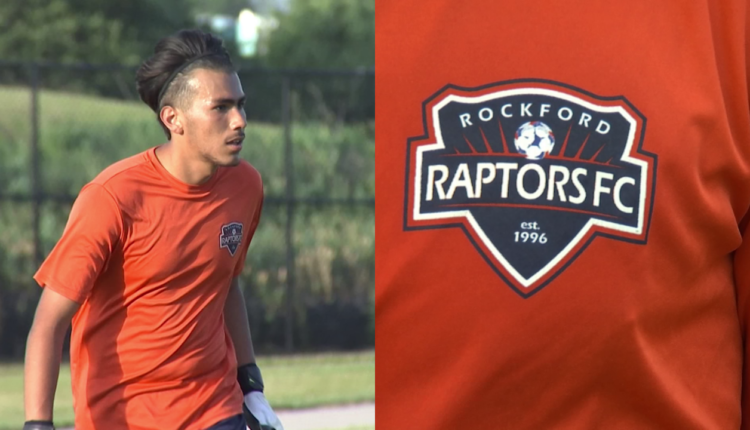 LOVES PARK, Ill. (WTVO/WQRF) — We have one heck of a soccer club in Rockford with the Raptors FC, and one of that club’s top teams will soon be traveling to San Diego.

The Raptors 2005 boys Elite Clubs National League Team (ECNL) has earned its way to San Diego to compete in the ECNL National Playoffs. The Raptors will be one of only three teams from the Midwest competing there in their age group.

If the Raptors win their group, then they’ll have to the National Tournament next month in St. Louis.

The Raptors roster is made up of players from several of our local high schools. One of them is from Boylan’s IHSA state championship team last fall, center back Adan Pina.

Louis Mateus is the head coach of the Raptors. “Skillwise I’m really confident in this team. They’ve been together, more than half of this team has been together since they were like little kids, ten-year olds. So I think the continuity of having players back it’s a plus. And I think we’re really explosive offensivewise.”

The National Playoffs will run June 25-July 1. The Raptors will be hosting a fundraiser at the Cherry Bowl this Saturday night to help raise funds to pay for their travel expenses. The cost is $40 per couple and $20 for single bowlers. That runs from 6 pm to 8:30 pm Tickets should be purchased in advance. For more information contact Brian Denu at [email protected] or call him at (608) 728-4418.

A gofundme account has also been set up for donations.