Why are the orange lights on this Peoria, Illinois bridge? 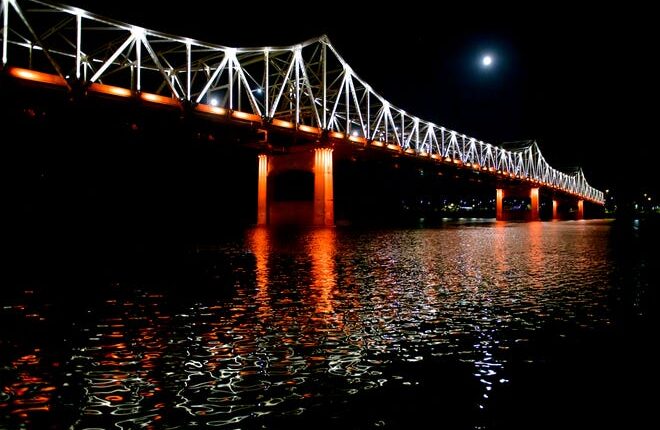 PEORIA – The Murray Baker Bridge has been lit up orange this week in celebration of a local marketing agency’s 40th anniversary — or near enough.

The Peoria-based company Simantel was founded in 1980, but did not incorporate until 1982, a historical wrinkle that has led the company to label its celebration a “40(ish) anniversary.”

Simantel made a donation to the Peoria Public Works Department in order to get the bridge illuminated in orange, the company’s brand color. The orange lights, which began on Tuesday, will be visible through Sunday.

In addition to lighting up the bridge, the company is celebrating the anniversary with a community service initiative for employees, street banners installed along Water Street and Adams Street, and a street party planned for Friday, according to a news release.

From the archives:Murray Baker Bridge brought big changes to Peoria, good and bad

Children in Northern California Learn to Cope With Wildfire Trauma