Williamsport Crosscutters: Etzel And Evans Ready For The 2022 MLB Draft 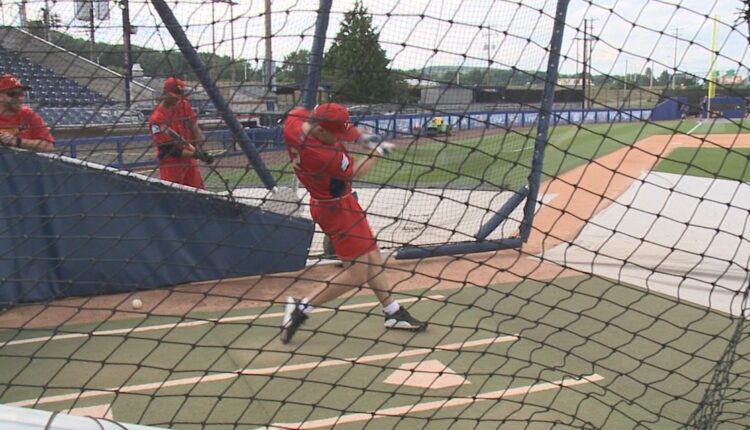 WILLIAMSPORT, Pa. — Matthew Etzel traveled all the way from Texas and Panda Junior College for his shot in the 2nd season of the MLB Draft League in Williamsport. Etzel is the lead-off hitter for the 1st place Crosscutters and leads the team with 35 hits.

“I didn’t see a lot of high velocity coming in. You know I was at JUCO before this year and a lot of the velocity was 85-88 MPH. So I just really just stuck first day I came in with an approach stuck with it the whole year and it’s been working,” said Matthew.

Outfielder Cole Evans has made his way to Billtown from Champaign Illinois and Parkland Community College for his chance of playing per ball. Facing tough competition Evans is hitting .262 with 11 RBI’s and 5 stolen bases.

We’ll these two players still have college eligibility left so depending on what happens in the draft Etzel will head to Southern Mississippi and Evans to Nebraska.

“What would it mean for your name to get called? Oh! It would mean everything. I have been working for this since I was 5 years old and is just what I want to do with my life,” added Matthew.

“Everytime that you step into the box it is a legitimate arm that is also looking to get drafted so you know there is no easy at-bats here. You have to step in and compete every time that you get into the box,” added Cole.

After 9 innings, the Cutters and Spikes were tied, sending them into MLB Draft League Sudden Death! Since the Spikes didn’t score in the half inning, the Cutters #CarveTheW pic.twitter.com/LYulZEc3Ae

A one-of-a-kind campground emerges outside Rockford