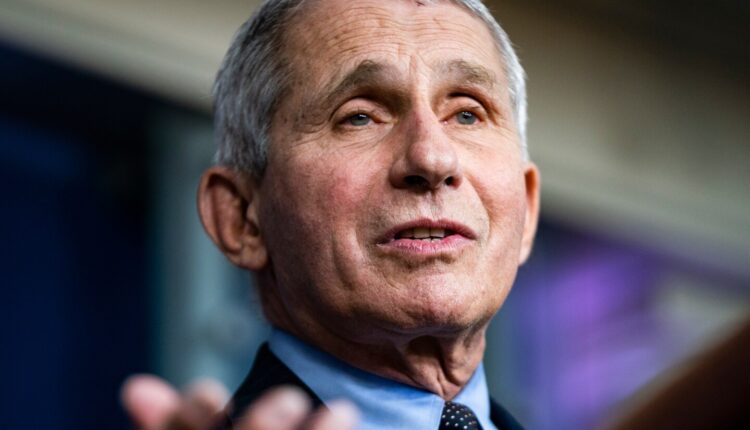 Amid a monkeypox outbreak in the United States that has been declared a public health emergency, the nation’s top infectious-diseases expert, Anthony S. Fauci, said people should be paying attention but not panicking.

Fauci recently told WTOP News that people do not need to change the way they live their lives but should monitor the situation and adjust behaviors as more information becomes available.

“You never blow off any emerging infection when you don’t know yet where it’s going,” he explained. “You pay attention to it. You follow it. Then you respond to it in an appropriate manner.”

Monkeypox is ‘a public health emergency,’ US health secretary declares

Monkeypox, a multicountry outbreak that has infected more than 7,500 people in the United States, is not a sexually transmitted disease but can be transmitted through close contact, and has been spreading primarily among networks of men who have sex with men. That said, Fauci warned that the virus can spill over into other populations, including children.

In fact, at least five children in the United States have contracted monkeypox within the past month — and more kids may have been recently exposed in Illinois.

Illinois health authorities announced Friday that a person who works at a day-care center in Champaign County, tested positive for the virus, potentially exposing between 40 and 50 others, many of them children. Julie Pryde, administrator of the Champaign-Urbana Public Health District, wrote in a text message to The Washington Post on Friday night that several dozen children had been offered vaccines.

“Does that mean that every parent in the country needs to be terrified that that’s going to happen to their child? Of course not,” Fauci told WTOP News. “Don’t brush it off as something we don’t have to pay attention to. But don’t panic about it.”

What to know about monkeypox symptoms, treatments and protection

Monkeypox is spread through close — usually skin-to-skin — contact, or through contact with bodily fluids, including respiratory secretions. But a person can also contract monkeypox by touching surfaces, such as doorknobs, light switches or tabletops, or by handling fabrics, such as clothing, bedding or towels, that have been used by someone infected with the virus, according to the Centers for Disease Control and Prevention.

Symptoms include a rash that can present as bumps or blisters and that may itch or cause pain, as well as a fever, chills, headache, muscle aches and respiratory issues such as a sore throat, nasal congestion or cough, the CDC said.

Those who have symptoms should contact their health-care provider. Although there is no specific treatment, people who are considered high risk for complications may be given antiviral medication, the CDC said.

Health authorities recommend avoiding close contact with people who are experiencing symptoms and practicing good hygiene, such as hand-washing and hand-sanitizing. In addition, the CDC recommends that those who have had a known exposure get vaccinated.

Data suggests that the smallpox vaccine is about 85 percent effective against monkeypox, according to the CDC.

Although the smallpox vaccine stopped being administered to the US general public in the 1970s – years after the disease was eliminated in North America – a supply was kept on hand. A new vaccine, ACAM2000, replaced the old one in the mid-2000s. In 2019, Jynneos was approved to prevent smallpox and monkeypox in high-risk adults 18 and older. But supplies are limited.

The CDC recommends people get vaccinated within four days of exposure to prevent infection, but there may still be benefits up to 14 days. People in that situation should contact their doctor for guidance.

Illini add another 2023 defensive back from Florida | Sports