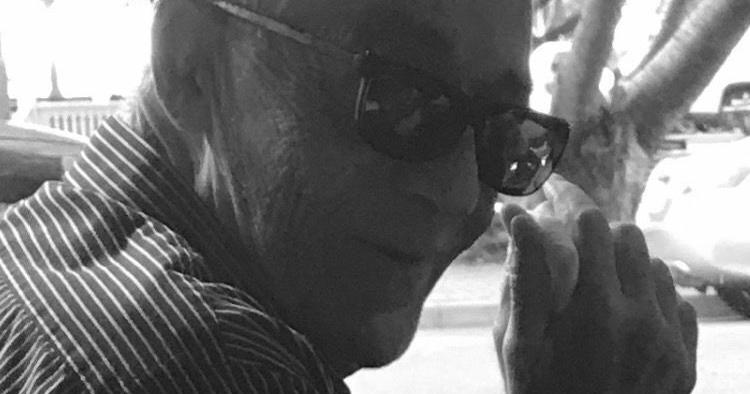 He was born on August 6, 1952 in Marysville, California, to the late Bill and JoAnn Reineking. He was of the Christian faith. He married the love of a lifetime, Patricia Quint, on August 28, 1971 and was blessed to be with her for 50 years before his death.

Mike graduated from Metropolis Community High School in 1970. He played in bands and all sports. He was a player on the school’s undefeated soccer team. He was a director of the Christian Fellowship program that met outside the school. A rock band called “The Little Pleasures” was formed along with other high school friends. They performed in different locations and this was his first paid gig. His family took in an exchange student from Chile. Max and Mike would become lifelong friends. Two of Max’s sons would also travel to Metropolis to become part of the Reineking family.

Mike graduated from Southern Illinois University with a bachelor’s degree in 1974. He was a member of the Marching Salukis every four years. As the section head of the drum corps, he wrote many of their cadences. He loved performing at soccer games and returned for several years to march and play in the alumni band on his return home. Mike Hanes, director of the Marching Salukis, should continue to inspire him in his teaching career. He was also a member of the brass ensemble and the pep band that performed during basketball games.

Music was his passion, so it’s not surprising that he chose a profession that allows him to share that passion. He was a great motivator. His first teaching position was at Metropolis Junior High School. Mike was a dreamer and set himself big goals. With the help of the band parents, he was able to march the band and perform at the Disney Parade at Disney World in Orlando, Florida. It was a trip no one would ever forget.

On January 3, 1978, with the birth of his son, his life changed forever. Justin was his pride and joy. They shared a love for sports. Mike coached his son’s t-ball team and watched his last bat of the season knock one out of the park. With Mike’s influence, Justin became an accomplished athlete. Justin was also fortunate enough to inherit his father’s musical prowess. He even formed a rock band. Mike was forever proud to see Justin become a father himself. Before his death, Mike was able to watch Justin train his daughter in the same field he trained Justin on.

His next teaching position would take him to the Viennese grammar school. He would dream big again. With the support of the band parents, he was able to take the band to the march and perform at the Disney Parade in Disney World. He formed a rock band class in high school that enabled students who didn’t fit into traditional band mode to experience his passion for music. They would travel to other schools and perform. The pep band would perform at all home basketball games. The band was often the highlight of the game with their appearances. His next dream was for the band to perform at the Illinois High School Association’s Sweet 16 basketball tournament in Champaign, Illinois. After several years of submitting auditions, his band was accepted. They played during the final game and took the place by storm. What a gig! They have received awards from across the state for their performance.

His last teaching position would take him to Cairo High School, where he would again produce a first class band. They performed at several events in the area. He was very proud of his students and loved them all very much.

After his retirement he composed pieces for percussion ensembles on the computer. Self-taught but persistent and dreaming big, he was able to publish several pieces that were played around the world. His first published piece was titled Rock and Roll It. His most popular and popular piece, however, was the one he wrote for his granddaughter Harper called “The Princess Dance”.

He leaves behind his wife Patricia Reineking; Son Justin Reineking and fiancee Kayla Butler; and granddaughter Harper Reineking, all of Metropolis.

Mike was also an animal lover. All the animals he had appeared to be black and white and mostly came into his house as strays, which he took in. He always said he wouldn’t know what to do if there was ever a black and white horse on the house.

Instead of flowers, expressions of sympathy can be made through donations to the Project Hope Humane Society, Metropolis.

A celebration of Mike’s life took place on Monday, December 13, 2021, in the upstairs function room of Fat Edd’s in Metropolis.

A private family service was held at Massac Memorial Gardens on Tuesday, December 14, 2021.

The Miller-Loftus-McManus funeral home was hired to make the arrangements. Online expressions of condolences can be posted at www.aikins