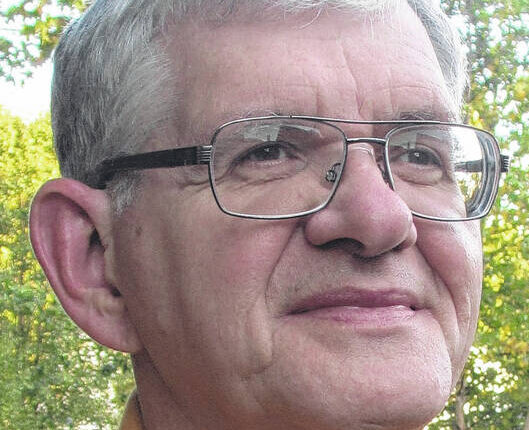 There are several ways a discarded, freshly cut Christmas tree can find a second life and help the wildlife.

Most commonly, the trees are used as fish habitat in public and private waters as they attract panfish like bluegill and crappie and game fish like bass and Saugeye.

In public waters, the Ohio Division of Wildlife (DOW) bundles them up and weighs them down to sink them to the bottom, attracting fish and providing cover. The DOW maintains trees through community recycling and dispensing programs. Some private pond owners use this tree repurposing approach to add habitat to their ponds.

Christmas trees are planted annually in select Ohio wildlife areas and public lakes, according to the DOW. These pages vary from year to year. For each location, GPS coordinates are recorded, where trees are placed as fish attractants, and the information is available on the interactive nautical map on wildohio.gov.

As the centerpiece of a heap of brushes, a live-cut Christmas tree can be animal-friendly. The DOW suggests placing the tree in a chosen location and stacking the branches around it in a square arrangement and layering more brushes until a desired height is reached. Cover the top with an extra brush to create a unique and valuable shelter for small animals.

Small mammals attracted to it include cottontail rabbits and chipmunks.

Songbirds, including northern cardinals, titmouse, titmouse, and nuthatch, migrate in and out of bush piles to find food, nest, and escape predators.

The tree could also serve as a feeding place for birds. Be creative. A popcorn chain can be a treat for your feathered friends. Try making homemade suet or seed cakes, covering pine cones with peanut butter and seeds, or hanging slices of orange and apple.

One of the more enjoyable things about writing this column is reading DOW field notes and sharing with readers. They are varied and do not always involve quoting someone.

One of them includes a quote about a security breach during the week-long deer rifle season in 2021.

A rule for the deer rifle hunting season requires that a person wear a hunter orange hat along with a solid or camouflage orange vest, coat, jacket, or overalls.

After explaining to a hunter the importance of wearing real flame orange for safety reasons, Putnam County’s Wildlife Officer Jason Porinchok gave him a quote. The hunter pleaded no dispute in Putnam County Court and was found guilty. He paid $ 125 in fines on top of court costs.

They observed a small ship entering a nearby canal with two people on board who appeared to be running through the swamp in hopes of shooting ducks. The person at the front of the boat was holding a shotgun.

The officers stopped the ship and carried out a hunting license check and possibly loaded firearms on a moving ship. Both fighters had shotguns loaded on board. While stopping the couple, officials also noted that the ship did not have any visible Ohio registration numbers. Everyone received a summons for having a loaded firearm on a moving ship.

Wildlife officers also help with fish management. This was shown in the assistance of Van Wert County Wildlife Officer Nathan Robinson, who gave the DOW’s fish management department in surveying the Saugeye populations on the Van Wert City Reservoir.

The investigation analyzed a number of fish including a nearly 9 pound Saugeye.

According to the DOW, these surveys are a great way to gather information about fish population sizes, health status, and growth rates. Fish biologists use this data to make fish stocking decisions in order to maintain sustainable populations in lakes and reservoirs. The Wildlife Agency added that thousands of fish are kept in Ohio’s public waters each year to improve fishing and increase opportunities for anglers.

One final field note shows what can happen if a wild animal is trapped in a building. Fortunately, Knox County Wildlife Officer Austin Levering and Wildlife Officer Supervisor Bill Bullard had come up with a plan to rescue a white-tailed deer trapped in an office building in Mount Vernon in December.

The deer had crashed through a window, broken the glass and trapped itself in an office space where it was only discovered when the staff came to work that morning.

Levering, who had received a call from Mount Vernon Police about the captured deer, asked Bullard for help after watching the excited deer run in circles and leap over a desk.

The two DOW officers thought they were putting up barriers to get the deer out of the building. These barriers consisted of tables, trash cans, and other available resources. They turned off the lights and opened a nearby exit door, hoping to encourage the deer to venture out. When they opened the door, the deer slowly walked out of the building and into the area it came from.